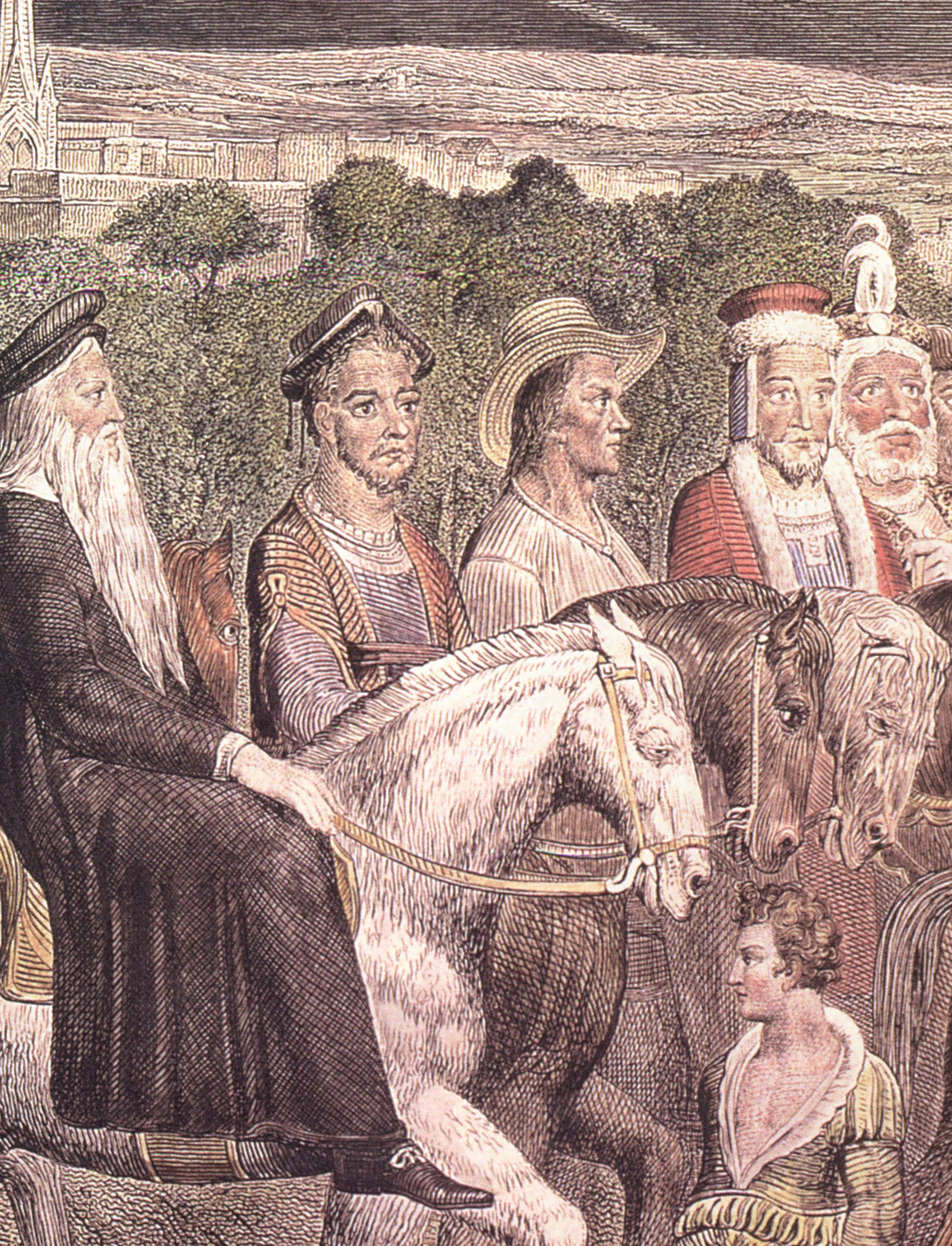 The engraving is known in five states. Blake's use of line engraving, emulating the styles of early printmakers Albrecht Dürer and Lucas van Leyden, evokes the character of Chaucer's poetry.

Blake painted the pilgrims after a quarrel with R. H. Cromek and Thomas Stothard regarding whether the commission had originally been Blake's. The painting was exhibited at his brother's Soho shop in 1809, and this engraving was created from it.