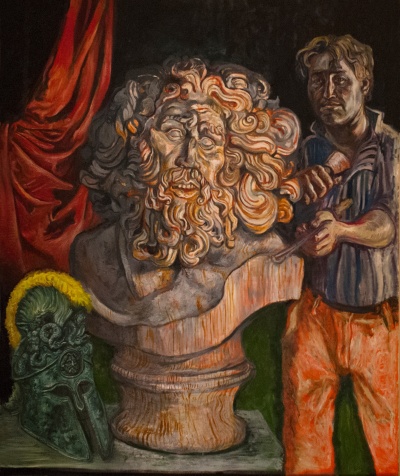 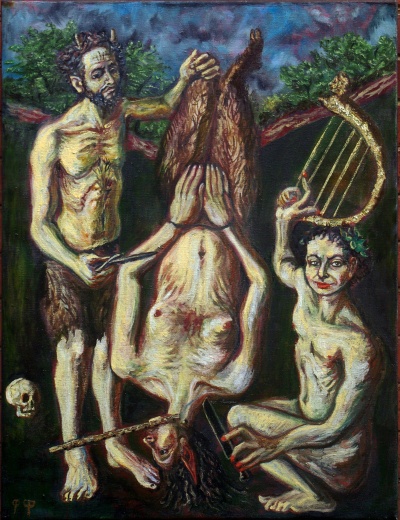 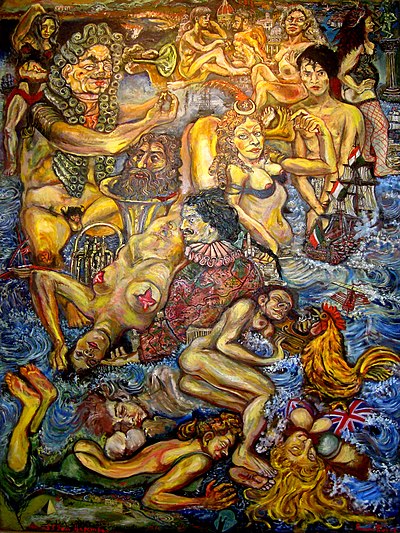 In the 39th Kingdom

A serpentine composition of giants that transform themselves into sea nymphs and glaucuses among the geographical landmarks of the Italian Islands and Peninsula. In the centre is Sicily with a metamorphosed Etna, in the guise of a dwarfed bust of Peter the Great, whose reptilian head erupts out of a Piccadilly. On his red velvet Landsknecht jacket appears a map of Sicily with its temples of Agrigento, Enna, Piazza Armerina, Erice, Palermo, Syracuse and Catania, and a lion's silhouette at Corleone. This triangle is propped up by three party girls, who represent the three legs of Sicilian heraldry—they are the mythological sirens of Sicily. In between the figures and waves there are different scaled symbols of the identity of the kingdom of the Two Sicilies. The painting is entitled "In the 39th Kingdom" because of the coincidence of the Italian telephone prefix "+39" with the traditional beginning of many Russian fairytales “V Tri-Devyatom Tsarstve” (In the 39th Kingdom). 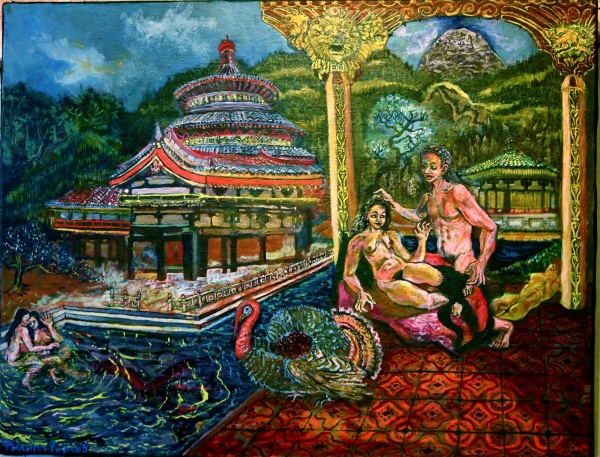 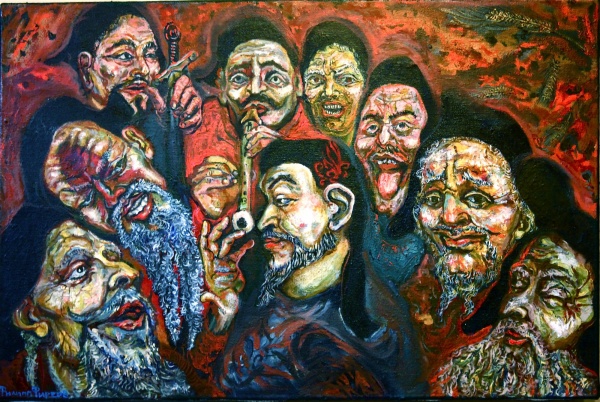 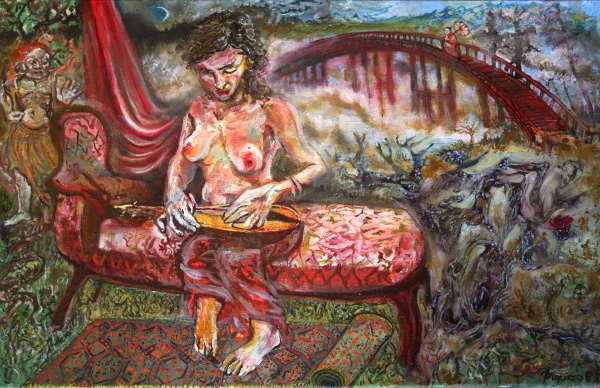 Kubla Khan: 3. A Damsel with a Dulcimer. Oil on canvas, 2011. Private collection 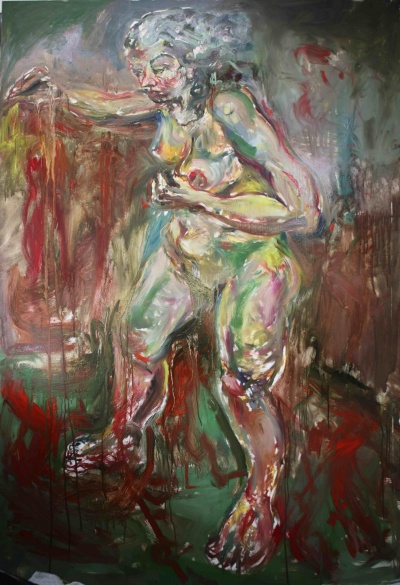 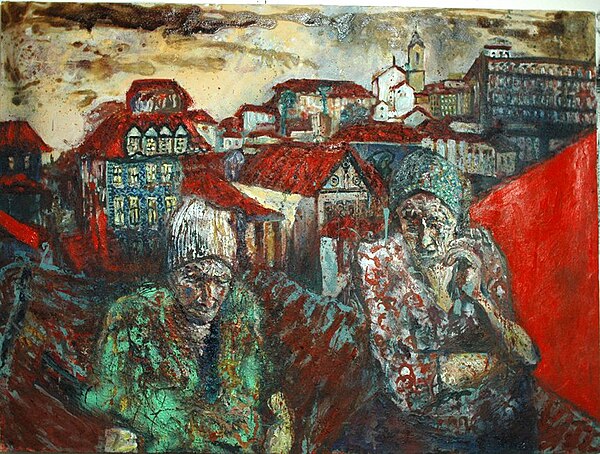 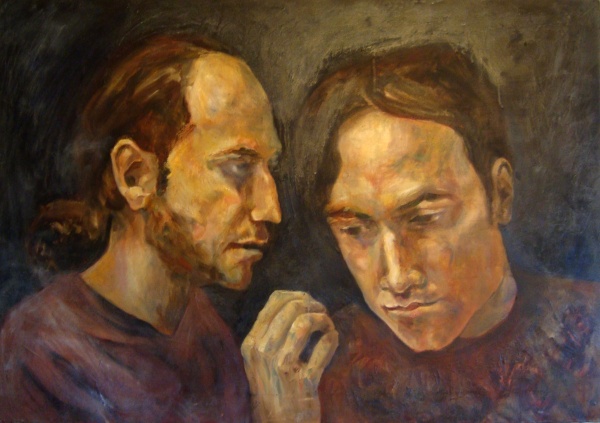